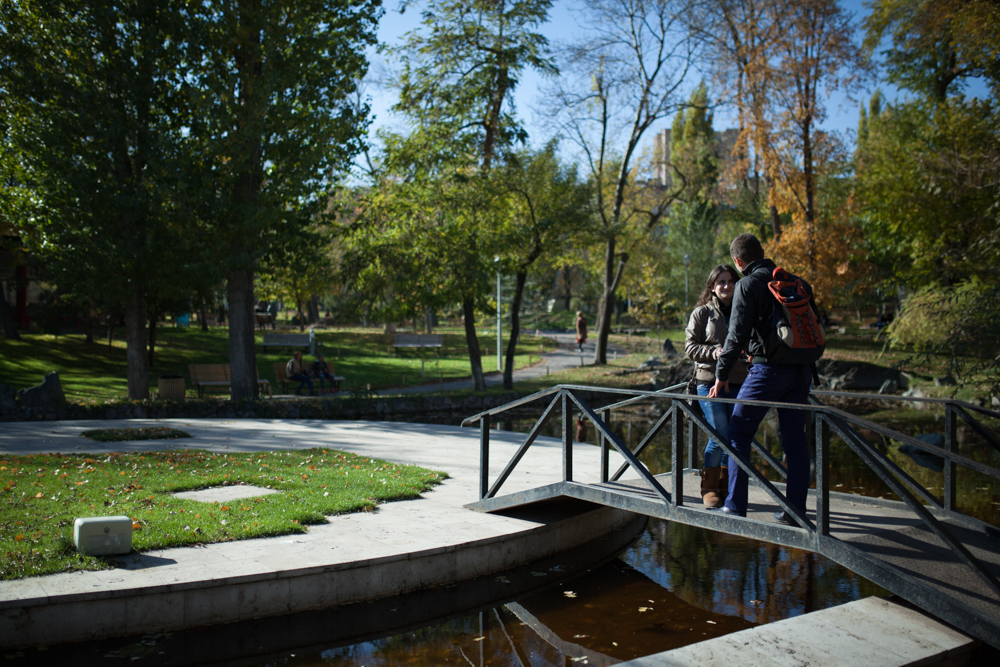 Someone decided early on that as people moved from rural areas to cities, one element of the rural life that needed to be preserved was access to nature – and the park was born. City dwellers know the calming effects of these bastions of serenity which provide them with an escape from the stresses of urban living. So it’s not surprising that every great city has great parks, large and small. New York has Central Park and Bryant Park, Los Angeles has Griffith Park and the Huntington, and London has Hyde Park. In Yerevan, Lovers’ Park, a Boghossian Foundation project, can claim to set the standard in Armenia’s capital city.

When Albert Boghossian, a philanthropist from Switzerland, wanted to create a beautiful and relaxing place for residents and visitors of Yerevan to go, he turned to Armenia Fund. Since 1995, Boghossian has worked with the organization to realize several humanitarian projects and, impressed with their professionalism, execution, and transparency, he chose Armenia Fund to carry out the reconstruction and renovation of the park.

Dating back to the 18th century, the land of Lovers’ Park was originally a garden and has evolved many times over the hundreds of years it has been around. After its latest iteration in the 20th century as Pushkin Park, it was left in disrepair and was badly maintained.

To turn the park into the haven that he envisioned, Boghossian, who believed that the design of the park should be locally conceived, hosted an open competition at the State Engineering University of Armenia. As a result, a group of architecture students provided the original concept and design for Lovers’ Park. Taking inspiration from traditional Japanese gardens, the architects employed trees, pathways, ponds, and waterfalls to create a tranquil environment. Then, Boghossian hired world-renowned architect Pierre Rambach to take the concept and develop it into the final construction design.

Because it is meant to serve the city’s residents, the park has a playground and children’s pool for youngsters. It also has an open-air café where visitors can enjoy light refreshments as well as an amphitheater for group gatherings and small concerts that can host up to 400 people.

Wanting to preserve certain elements of the old park, an area was set aside as a pavilion where people can play chess and backgammon, as they used to in the past. Finally, the new park has no stairs so that it is easily accessible by all, including the disabled and elderly. A visit to the park suggests that this goal is achieved because people of every stripe are there. Since its opening, the park has also become a popular destination for newlyweds to take their wedding pictures.

In renovating Lovers’ Park, Albert Boghossian had a grander purpose than to just create a place for people to come and enjoy themselves, saying he wants, “a unique and intriguing place that will not constrain but instead inspire to dream and create.”

All the better for the residents of Yerevan, too: medical studies have shown that more time spent in and around parks is better for an individual’s well-being which surely helps them have better dreams and explore their creativity within.

This piece was written for Armenia Fund and was originally published here on November 20, 2014

Still Teaching the Armenian Alphabet 1,600 Years Later in Artsakh
Caring for the Children of Khustup