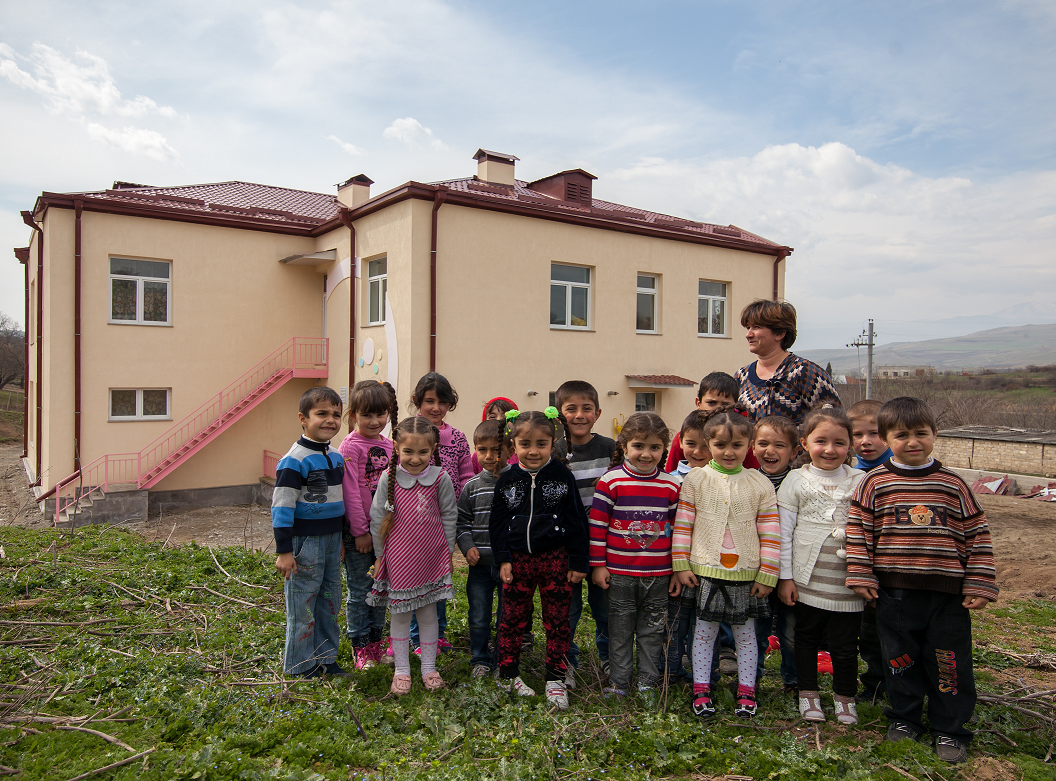 The area around Sos, in Artsakh, probably doesn’t look much different than it did 1,600 years ago. Around that time, Mesrob Mashtots, the inventor of the Armenian alphabet, taught the new script for the first time at the Amaras Monastery nearby. Before that, it is recorded that the monastery itself was founded by St. Gregory the Illuminator, the man who brought Christianity to Armenia in the late 3rd century AD. St. Gregory’s grandson, Grigoris, is also buried at the monastery.

For all the local history, you would not expect Sos to be such an unassuming place. It humbly sits in the south of Artsakh, a village known for its rich soil, well-suited for viticulture. Not surprisingly, most of the residents are vintners and their primary work is winemaking.

The bucolic, ancient setting aside, Sos bears the scars of the Artsakh War for Independence. During the fighting, 38 community members lost their lives from this village of just over 1,000 people. Things have since returned to normal – mostly.

One issue which had not been taken care of in Sos was the kindergarten. Built in 1976, it had not been renovated since and was rundown. This is partially due to the damage it incurred during the war when it served as the village’s hospital. The doors and windows were either broken or missing, the roof was collapsing, and the water system was defunct. In effect, the building was serving as the kindergarten because there was nowhere else to go. That reality was never more obvious than during the winters when the kindergarten would have to close because there was no heating system.

When Armenia Fund began to seek a solution to the problem, it considered a full renovation of the school. But, after testing its structural integrity, it determined that the building was not seismically safe and its extremely poor conditions would make renovating it overly costly and inefficient.

Instead, the site for a new kindergarten was chosen and Armenia Fund began constructing the structure. The new two-story building, designed for up to 50 children, is built according to modern standards and has in it classrooms, recreation rooms, napping rooms, and a cafeteria. There is also a gym and a game room for the children, as well as a new water system. And, because a heating system was installed, Sos Kindergarten will now be able to stay open during the winter.

This is not the first time that Sos is benefitting from an Armenia Fund project, either. The village actually sits alongside the North-South Highway, built, like every Armenia Fund project, with the help of Armenians throughout the world. Armenia Fund also built the village’s around-the-clock and a new school is currently being constructed for the older children; it is expected to be completed soon.

Walking around Sos, you might not think of it. But, 1,600 years after Mesrob Mashtots established a school in the area to first teach the Armenian alphabet, Armenians are still living in that place and studying that alphabet.

This piece was written for Armenia Fund and was originally published here on November 24, 2014.

Giving Them Back Their Golden Years
The Lovely Lovers Park