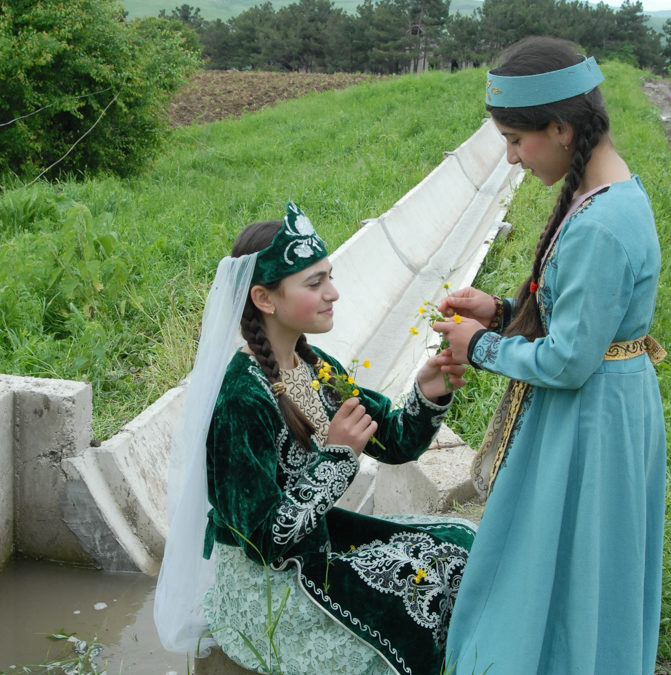 Babylon, Sumer, Egypt, and Urartu, city-states that became great empires. Fed by the waters of the Tigris and Euphrates, the Nile, Araxes, and Kura, Lake Van and Sevan, these settlements were transformed into powerful states that initiated the era of modern civilization. Writing systems, laws, education, and other innovations were founded upon the banks of these bodies of water – literally and figuratively. Heavily vested in agriculture, these burgeoning cities used a technology never before seen to fuel their awesome growth. That technology was irrigation.

The Armenia Fund Rural Development Program has a simple goal: to help make border villages in Armenia sustainable. These villages are located in some of the most dangerous parts of Armenia, often along highly militarized parts of the border that are subject to attacks by Azerbaijan. The Tavush region, in the northeast of the country, is especially susceptible.

While evaluating how best to approach development in Tavush, it was clear that there were many issues that needed attention: health, education, social services, among others. But, like many rural parts of Armenia, the local economy was dependent on agriculture and without the work and revenue brought by agricultural production, the people were leaving.

Being the regular target of indiscriminate enemy fire aside, the villages gravely felt the sudden economic and political collapse of the early 1990s. Even before many volunteers from the local villages in Tavush signed up to defend their lands and fight in the Artsakh War, Gorbachev’s anti-alcohol reforms had wrought havoc on the local wine industry, which eventually fell into disrepair.

Armenia Fund’s needs assessment found was that there was no shortage of arable land in Tavush. Actually, the problem keeping resilient villagers from getting the crop yields they needed was that the irrigation infrastructure had fallen apart. Irrigation pipes and canals were broken and leaking, water was being lost along the way, and crop fields were unproductive. If agriculture was going to secure the future of Tavush, a modern and efficient system of agricultural waterways would be needed. And that’s exactly what the Rural Development Program set out to do.

An irrigation system was reconstructed between Khashtarak (4.6 miles from the border), Lusahovit (4.9 miles from the border), and Ditavan villages, as well as one that existed at Aknaghbyur. A canal between Aygehovit and Vazashen, whose pumping station was stranded in Azerbaijan after the war, was restored and the course of the pipeline was changed to accommodate a pumping station that now rests a few hundred feet inside the border in Armenia.  Another canal, where the flow of water is propelled by gravity, was restored for the community of Kirants.

In all, Armenia Fund spent over $1.85 million to rebuild an irrigation network in Tavush that has made 107,600,000 square feet (2,471 acres) of land – about the size of Rhode Island – arable. The materials used in the construction as well as the engineering of the irrigation systems are of a quality that’s expected of Armenia Fund and will continue to serve the communities for which they were built into the foreseeable future.

The irrigated land allowed Tavush to revive its tattered winemaking industry and it facilitated the growing of cash crops that have brought much needed revenue to the local population. Farmers and their families – over 10,000 people throughout the region – have directly benefited from the newly irrigated land. And, along with the greenhouses that Armenia Fund has been financing in the same region, Tavush has the potential to become a vibrant center of agriculture.

It may be too early to make any predictions but if history is any indicator, proper irrigation and fertile land can make for a powerful combination. Although Armenia will need to continue developing several varied industries as it looks to the future, growing agricultural production in Tavush will be one of its anchors, as it was for great civilizations in the past.

This piece was written for Armenia Fund and was originally published here on June 7, 2014.

Caring for the Children of Khustup
Gifting Peace of Mind: The Ororots Project