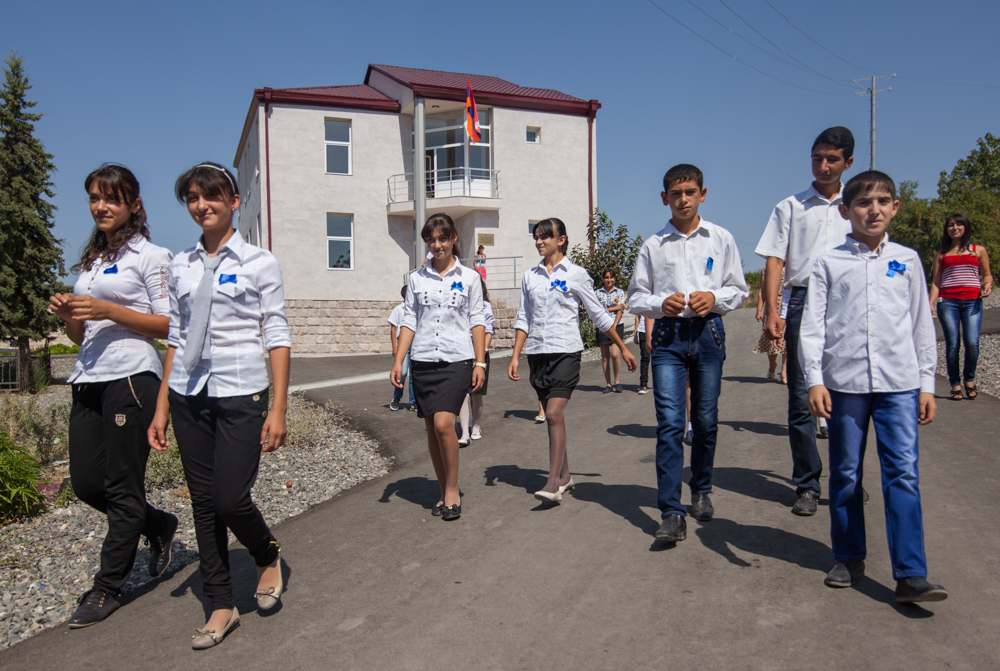 It’s a familiar story to Armenians: villagers suddenly descended upon by armed bandits and soldiers filled with bloodlust, the innocents massacred with a depraved savagery. In Maragha, a village in Artsakh founded by Armenians who left their village of the same name in Iran long ago, a massacre was brewing.

Amnesty International reported that 100 civilians were slain when Azerbaijani forces were done carrying out their violence. Not satisfied with just killing, the soldiers had decapitated and burned villagers, leaving their unrecognizable bodies littered about the land, as attested by Baroness Caroline Cox, who visited the village. The number of deaths may not have been large in comparison to the thousands who died during the Artsakh War but the massacre at Maragha became the most poignant example of the brutality effected upon Armenian civilians by Azerbaijanis.

Wasting hardly any time, the villagers who managed to escape founded a new Maragha, appropriately named Nor Maragha, not far from where the old, now-occupied village is. In the years since its founding, the people have built new homes and restarted their lives. They have bravely remained near their old village, perhaps with a dose of hope that they will return and undoubtedly with a bit of defiance.

To help further their cohesion as a community, Armenia Fund chose to build a community center in the village. The reasoning was that with a central place that served the diverse needs of the local people, Nor Maragha could once again be a vibrant town.

For the village’s 516 residents, the new community center was a welcome addition. There is an event hall for communal gatherings for celebrations and meetings, a computer lab that gives them access to the outside world, and a healthcare center where they can receive basic medical services. The community center also has administrative offices where the village mayor and staff can meet with citizens, encouraging active civic participation.

As with all Armenia Fund building projects, the structure itself was constructed and outfitted to provide a complete package of amenities. This allows a building to immediately start being used by the village, without the need for structural additions or other expenses. In Nor Maragha, the community center was built with a new heating and ventilation system and it was provided with new furniture for the rooms and offices throughout the building.

Villagers have gone back to their lives. There is a memorial where the victims of the massacre are remembered and it reminds locals to remain vigilant: although in a new village, they are still close to the border. But as they till the soil and tend to their livestock, it seems that the people of Nor Maragha, undeterred by their past, are committed to building a bright future in their new home. With the help of its supporters throughout the world, Armenia Fund has been able to make a contribution to this revival. Working together, the villagers of Nor Maragha and Armenians everywhere want to make sure that, indeed, the third time’s a charm.

This piece was written for Armenia Fund and was originally published here on October 17, 2014.

Faithful to the Armenian Spirit – Karin Tak, Then and Now
Living on the Edge: The Noyemberyan Hospital