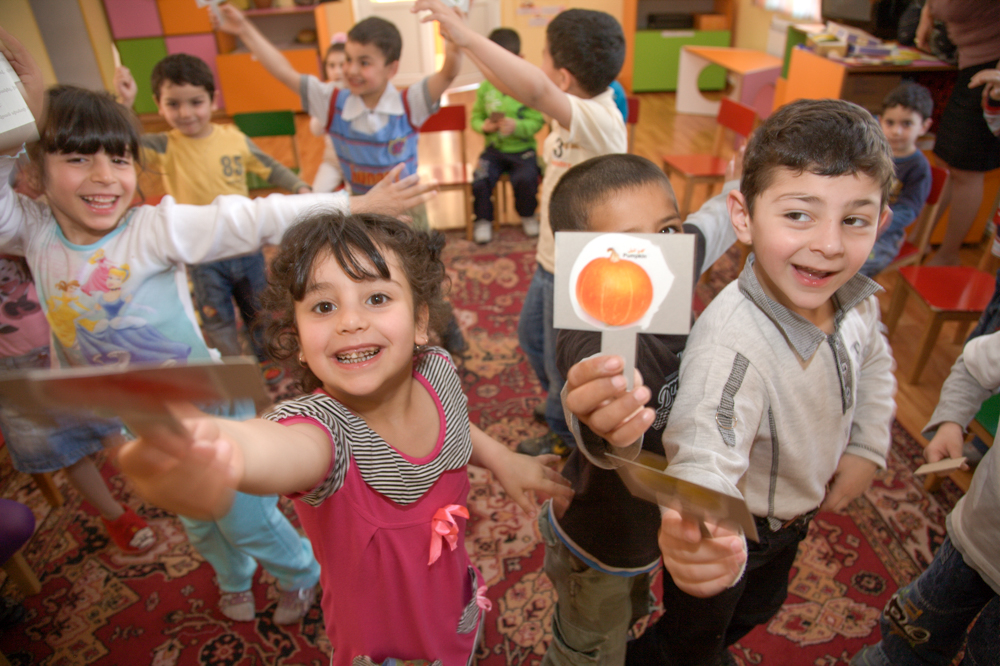 In a somber corner of Yerevan’s Shengavit district, Armenia Fund rebuilds a boarding school for children who have nowhere else to go.

When you think Armenia Fund, you think bringing water to villages in Artsakh or building greenhouses for farmers in Tavush or constructing roads, schools, and hospitals to serve the far-flung parts of Armenia. Yerevan, the country’s vibrant metropolis, may seem an unlikely candidate for a humanitarian project. But in Shengavit, a district of the capital city, a combined nursery and kindergarten boarding school was one such beneficiary.

This school in Shengavit is the only one of its kind. Its students – who stay overnight at the school from Monday to Friday – are children whose families are living in extreme poverty or which have histories of child abuse, domestic violence, or drug addiction. Although some of the children are able to go home on the weekends to spend time with their families, those in the latter group stay at the school through the weekend.

On Mondays, all the children are bathed at the facilities on campus and their clothes washed by the staff – most only have one set of clothing. Besides their education, the children are provided with meals throughout the day, as well as medical care they would otherwise not receive.

Built almost 50 years ago with little maintenance since, the Shengavit nursery and kindergarten boarding school was badly deteriorated. From crumbling walls to rodent infestation, the facility was in such a poor state that the school had to limit the number of students they could accommodate.

Having unparalleled experience in high-quality construction and school renovation, Armenia Fund undertook the project to completely upgrade the school. The structure was stripped to its walls and completely rebuilt. Dangerous elements used in construction during the Soviet era like asbestos and lead paint were removed and no effort was spared to secure the building, including performing a much-needed seismic retrofitting.

Beyond creating a stronger and safer environment for the children, Armenia Fund expanded the space of the facility, even enclosing balconies with glass and turning them into heated rooms that could be used during the winter. The school was also outfitted throughout with specially made furniture to serve its unique needs. Finally, the facade of the building was also redone.

Lusine Matinyan is the cheery, devoted school principal. Matinyan says, “All of us — schoolchildren, parents, and faculty — are thrilled that such wonderful improvements have been made in a very short span [of time].”

After the renovations, the school was able to increase its enrollment to 250 total students, from 140, while it has more than doubled the number of boarding students – those staying at the school full-time – to 150.

As with many Armenia Fund projects, the Shengavit Kindergarten has become an example, setting a standard according to which other schools are now built. The facility and its dedicated staff have earned the school the reputation as the best kindergarten in Yerevan.

Projects in the big city may be rare but if there is a need, Armenia Fund, remaining faithful to its humanitarian objectives – those shared by its supporters worldwide – is ready to help. That’s why the children of Shengavit, born into circumstances outside their control, can be sure that they will have meals to help them grow, a bed to sleep in, clean clothes to wear, and caring teachers to grow their minds and show them love.

This piece was written for Armenia Fund and was originally published here on July 5, 2014.

In Vino Veritas: The Story of Zorah Karasi