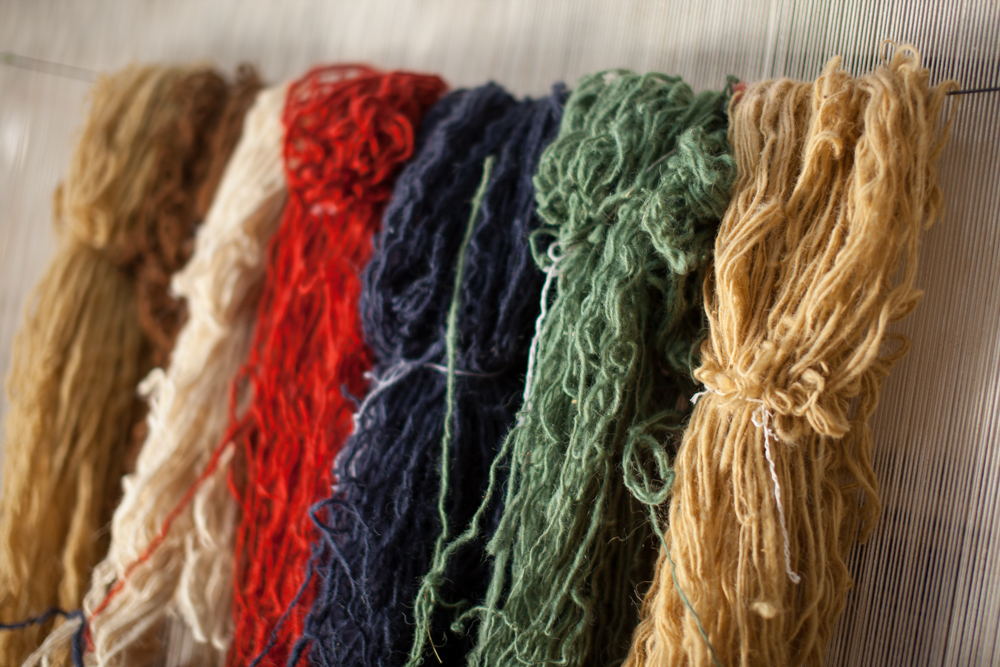 Armenia Fund is pleased to bring you a new series on welcome developments in Armenia, including Artsakh. For over two decades, the Fund has been doing humanitarian work throughout Armenia and this series is an opportunity to showcase welcome developments in the country, sometimes as a direct result of Armenia Fund’s work and sometimes as the product of innovation and pure determination.

Among the most storied of Armenian artistic traditions, carpet weaving had its historic epicenter in Artsakh, a crossroads for traders between Asians from the east, Persians and Arabs to the south and southwest, and Romans and other Europeans to the west.

The vivid hues, painstaking detail, and original designs made Armenian rugs – particularly those from Artsakh – a prized good, highly sought after for their quality and aesthetic depth. As traders exported physical rugs, they took with them the stylistic elements unique to rugs of Armenian origin that then infused rugs made in other regions.

Much of the Armenian rug industry was abruptly and violently uprooted during the Genocide and the parallel physical and cultural destruction of Artsakh’s Armenian population. During much of the 20th century, Armenian rugs were usurped by Turks in the west and called Turkish while Armenian rugs in the east were stolen by the Azerbaijanis and called Azerbaijani.

Some production continued in the Soviet Union but with millennia-old techniques and processes violated and then sternly curtailed, Armenian carpet weaving was a shadow of its former self. Independence changed all that.

Today, Armenian rug making is being revived in Artsakh. And not just the rugs. The actual process of the making rugs, using traditional methods without the use of any mechanized machinery are also making a comeback. These efforts are being spearheaded by the Stepanakert Rug Company.

The previously derelict Karabakh Silk Factory shut its doors at the fall of the Soviet Union but was recently born anew as the site of a burgeoning business zone.

Putting to work dozens of employees from Stepanakert and surrounding areas, the rug company leased a space in the factory and made it into the main production center for high-quality, hand-woven Armenian rugs from Artsakh.

Most of the employees at the factory are previously unemployed women. With competitive pay and good working conditions, the rug company is creating opportunities that are helping to train a new and skilled workforce.

The rugs are a completely locally produced good, 100% made in Artsakh. Besides the workers, the factory, and the traditional designs, the materials used in the rugs, particularly the pure lamb’s wool, are locally sourced. In fact, once the raw wool arrives, it is taken to the basement of the same building where another local company cleans it, refines it, colors it, and then sells it to the rug making operation upstairs. The synergies between the different businesses create jobs from the farms providing the wool to the people working the machines that refine and color the wool, to the carpet weavers.

The rugs are woven using the traditional Armenian method of a double knot contrasting with the Persian one and a half knot, making the rugs produced in Artsakh denser, of a better quality, and competitive. And it’s all done by hand – no machines.

Artsakh doesn’t have a large market but that’s not stopping the Stepanakert Rug Company from setting its sights on the global market. With a short drive on the Stepanakert-Goris highway, built by Armenia Fund, goods easily reach Yerevan for delivery anywhere in the world. Envisioning a high demand for its product, the company has opened two more production centers in the north and the south of Artsakh.

The export-oriented company’s success is encouraging larger enterprises to consider Artsakh as a business hub with a talented workforce ready to deliver high-quality products at reasonable costs.

Along with generous incentives from the government, the climate has been ideal for other businesses to set up shop in the same facility as the Stepanakert Rug Company. Among them is a wool processor, textile fabric manufacturer, a clothier, and a nearby, renovated building that will be the future home of food processing businesses.

In another part of the building, massive silk processing machines remained in the factory after it shut down, not sold as scrap metal to Iran unlike was done in other parts of Armenia. The restored machines, having undergone extensive upgrades, were fired up for the first time in decades and are now functioning and productive parts of the larger facility.

Together, these outfits are employing hundreds of locals, many of whom did not have jobs for before the Karabakh Silk Factory was reopened as a center for business.

Infrastructure is important. Highways, schools, hospitals, and waterways form the foundation upon which creativity, ingenuity, and growth thrive. So, while Armenia Fund, with its worldwide network of benefactors, continues to strengthen Armenia’s infrastructure, it’s worth occasionally stepping back and seeing the impact it has already had in areas that might not seem connected but which are part of the same flourishing ecosystem. The Stepanakert Rug Company and its neighbors in the old Karabakh Silk Factory know that and they represent the fruits of a decades-long faith in a better Armenia built by all Armenians.

This piece was written for Armenia Fund and was originally published here on May 30, 2014.

The Internet and Confirmation Bias
The Only Place Left – Shengavit Kindergarten