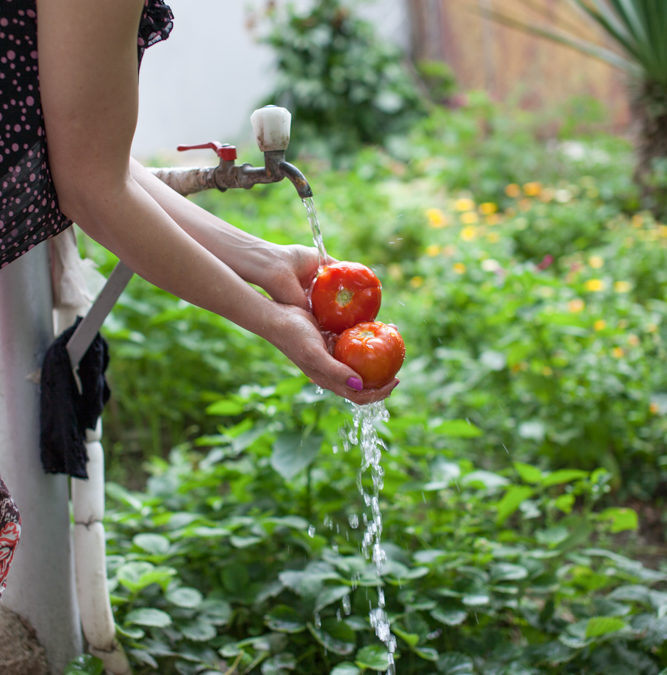 “I would need much more than one wish to make this village alive again.” This was how the mayor of Ditavan, Seyran Sargsyan, responded years ago when asked which issue he would want solved if he was granted one magic wish.

The 19th century village sits about 1.2 miles from the Azerbaijani border. Most of the 120 families are farmers, although some of their lands are under occupation or uninhabitable due to the constant threat of Azerbaijani sniper fire. The infrastructure crumbling due to a lack of repairs, life in Ditatvan, as the Mayor Sargsyan suggested, was drear.

After a thorough assessment of the village’s needs as part of its Rural Development Program, launched in 2007, Armenia Fund announced a call for support to its donors. The Ekserciyan family, Armen and his wife Nadya, took note and answered. With their generous contributions to several projects over the past several years, the village is now a different place.

Nestled in the forests of Tavush, in a far-flung corner of Armenia’s northeast, the natural gas distribution network never reached Ditavan. Electricity was one of only two ways residents of the village had access to energy for heating and cooking; the other was wood. Cheap and plentiful, the local trees were an ideal fuel for villagers who had basic needs but limited means. But chopping down the ancient forest was not only depleting an important natural resource that was better left alone, it also caused landslides when the complex root systems of the trees were destroyed.

With funding from the Ekserciyans and initiative from Armenia Fund, a natural gas supply system was built that brought gas to the village. In addition to the medium-pressure pipeline, two control stations were also built to regulate deliveries. Besides serving the most basic and important need of heating homes and cooking food, the natural gas pipeline has had the benefit of relieving the villagers’ need to cut down trees from the surrounding forest, helping the verdant ecosystem to stay and to grow.

Another resource for sustenance is the most important one: water. Hrach Alikhanyan, a Ditavan resident and geological engineer, explains,

“We have some good springs, but there was quite a bit of water loss because of decaying pipes.”

Like other parts of the village’s infrastructure, the pipes that distributed water were in disrepair. Other than being in a poor condition, they were also over ground so the water inside the pipes would get hot during the summers and would freeze during the winters. And since the pipes were not hermetically sealed, they were also unsanitary.

As part of the Armenia Fund-Ekserciyan family partnership, the water system was wholly revamped. An internal distribution network with over 2 miles of brand new water pipelines was installed, as well as a new water main. The project completed, Alikhanyan excitedly reports, “Now, thank God, the network has been restored and we already have water 24 hours a day.”

This piece was written for Armenia Fund and was originally published here on July 19, 2014

In Vino Veritas: The Story of Zorah Karasi