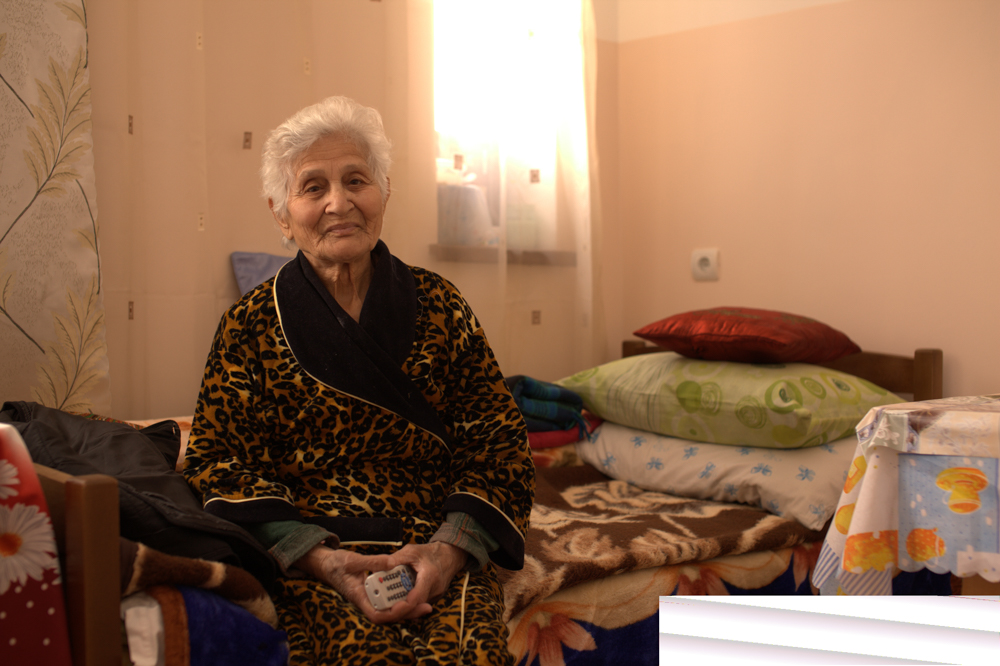 They are called the “golden years” because they are supposed to glisten like gold. After decades of life, some surely difficult, a person’s golden years are to be the time when they are finally able to slow down, relax, and enjoy. For some in Artsakh, it’s not that simple.

After the Artsakh War for Independence, family life changed drastically for many elderly who lost their children during the fighting. Others still lost their homes during the bombardment of civilian communities by Azerbaijani forces.

Due to cultural norms that required families to care for their elders when they were no longer able to live alone, Artsakh never had any nursing homes. But, because of the lingering effects of the war, a Soviet-era kindergarten in Stepanakert was repurposed and turned into the region’s first nursing home in the early 1990s with the assistance of benefactor Louise Simon Manoogian. Joined by disabled people who would also otherwise be on the streets, it’s the only place in Artsakh where people who have nowhere else to go can call home.

Built in the 1970s, the building was in need of repairs. There was no heating, there was one bathroom per floor, and the cafeteria was not part of the residential block of the complex which made it difficult for the elderly and disabled residents to get there. Worse, the roof was in poor condition, which both residents and staff would be reminded about every time there was adverse weather.

When Armenia Fund noticed that the outdated and crumbling structure required a full reconstruction, it took on the job. Working together with the government of Artsakh, it came up with a complete rehabilitation plan. Joining the project as its major sponsor was Alex Shakhazizyan of Russia.

Now done, the nursing home has a heating system, new doors, and new windows installed. Each room was outfitted with a bathroom and the kitchen and cafeteria are built next to the residential block. The roofs of all buildings that are part of the complex have been updated and are brand new. Part of the rehabilitation plan also included a costly but necessary seismic retrofitting that will allow the buildings in the nursing complex to better withstand earthquakes. The full renovation of two residential blocks – two stories each with 40 rooms apiece – as well as an administrative block were recently completed.

Not everyone stays at the nursing home indefinitely: some just need to stay there for a little while as they get back up on their feet before moving into their own place or perhaps even moving back in with their family. But however short or long their stay, can be the difference between them living on the streets permanently or transitioning to a place where they can continue their lives with relative normalcy.

It’s a nice concept but the golden years are not guaranteed for everybody. Despite their past and current hardships, the people in Artsakh that end up in the Stepanakert Nursing Home cannot be sure they’ll be able to live their lives comfortably in their old age. Nevertheless, that doesn’t stop the nursing home – or Armenia Fund, through the contributions of its supporters – from trying to build a place where the people who are there can feel like whatever happens, there is a part of their life that glistens like gold.

This piece was written for Armenia Fund and was originally published here on October 2, 2014.

Living on the Edge: The Noyemberyan Hospital
Still Teaching the Armenian Alphabet 1,600 Years Later in Artsakh