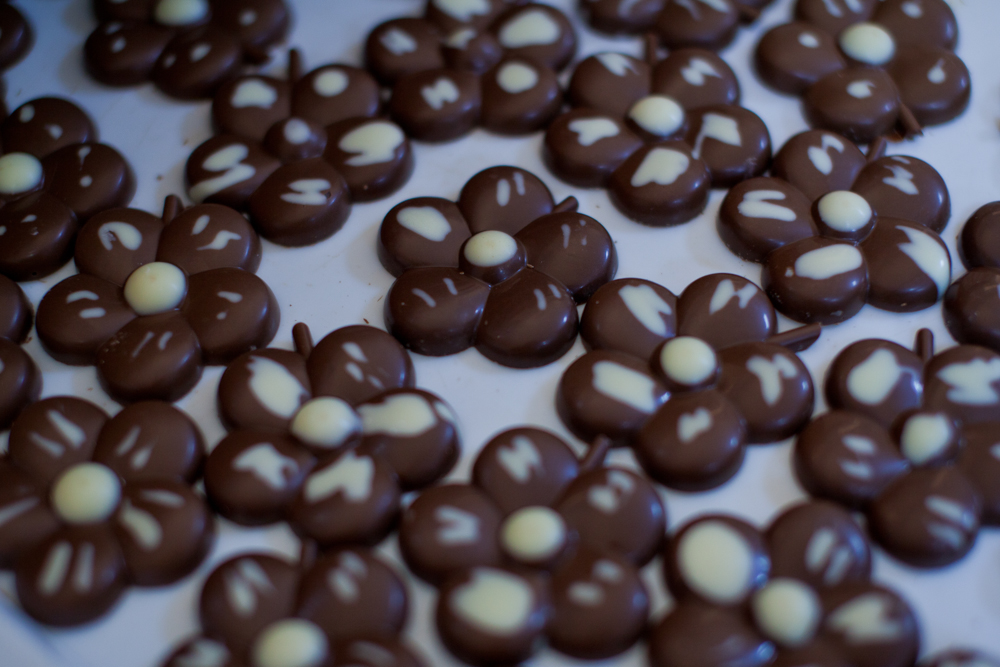 Chocolate. It may be the most treasured sweet in all the world. It’s also the muse for Pierre and Diran Baghdadyan’s delectable masterpieces. The repatriate brothers left Lebanon to live in their homeland of Armenia and nearly a decade later, they are the premier producers of chocolate in the country.

Now running a successful business, it would be easy to think that the Baghdadyans –established chocolatiers since the years they spent in Austria refining their trade – moved to Armenia to set up shop and tap into a new market. The reality is much simpler and more endearing: they just felt that, as Armenians, they should be living in Armenia.

Moving to Armenia may seem a curious choice for the brothers. They could have chosen to explore opportunities that were more readily available to them in Lebanon or Austria – or perhaps the United States. They had no family in Armenia nor did they have a need to escape from where they were.

Why they moved could be summed up by one memory. Diran remembers that, “My dream as a child was that we would return to Armenia because although we weren’t born here, we had to return to our roots.” So the brothers voluntarily decided to pick up whatever they had, leave Lebanon, and settle in their homeland. They realized that childhood dream – and they couldn’t be happier.

The dream hasn’t abated. Although the Baghdadyan brothers have been able to secure a good life for themselves, they are trying to help others share in their success by spreading the wealth. They have created workplaces outside Yerevan in their production facilities to provide jobs for people outside of the big city.

Other than Gourmet Dourme shops and kiosks in Yerevan brimming with their handmade chocolate delicacies, they opened a quaint café on the road to Ashtarak, offering a welcome respite to travelers on the frequented road. The same care with which their chocolates are made is on display in the beautifully appointed grounds of the roadside stop.

But it’s not just employment landscape they want to change – the brothers want to change peoples’ minds about Armenia. As they describe it, the first thing they noticed when they arrived in the country was the widespread pessimism of the people. While they are not ignorant nor neglectful of Armenia’s problems, they are optimistic about the opportunities available to those who want them.

“Today I know many craftsmen – woodworkers, plumbers, construction workers – who have more work than they can handle, they don’t have enough time to do it all, and this in Armenia,” exclaims Diran. He’s convinced that by setting a good example of the rewards of hard work, as well as by encouraging new perspectives, it’s possible to change minds.

He tells the story of a man with whom he was speaking who was complaining that they were laying new asphalt too frequently, concluding that frequent asphalting was to prompt faster driving which would result in more tickets and greater revenue from fines. Baghdadyan didn’t see it that way and he told the man as much: the street was being renewed and it was clean, both good things. They were looking at the same road, what they saw was a matter of each man’s perspective.

An active citizen, Baghdadyan is not shy about writing government officials if he thinks he has a good idea. He once wrote a letter outlining a reform that might persuade businesses to move some of their production outside of Yerevan by way of tax incentives which would not only develop those areas but employ otherwise jobless people.

It’s hard to think life could be anything but sweet for two brothers who make chocolate for a living. But their success is a result of their hard work and their insistence that they could make as great a life in Armenia and although they could have had that life anywhere else, they chose to do it in their homeland. Their fascinating story arouses many questions but one seems to more important than them all: which one of the thirty kinds of chocolate they make is the best?

There is only one way to find out.

This piece was written for Armenia Fund and was originally published here on June 21, 2014.

A Healthcare Hub Where Fire Once Rained
In Vino Veritas: The Story of Zorah Karasi