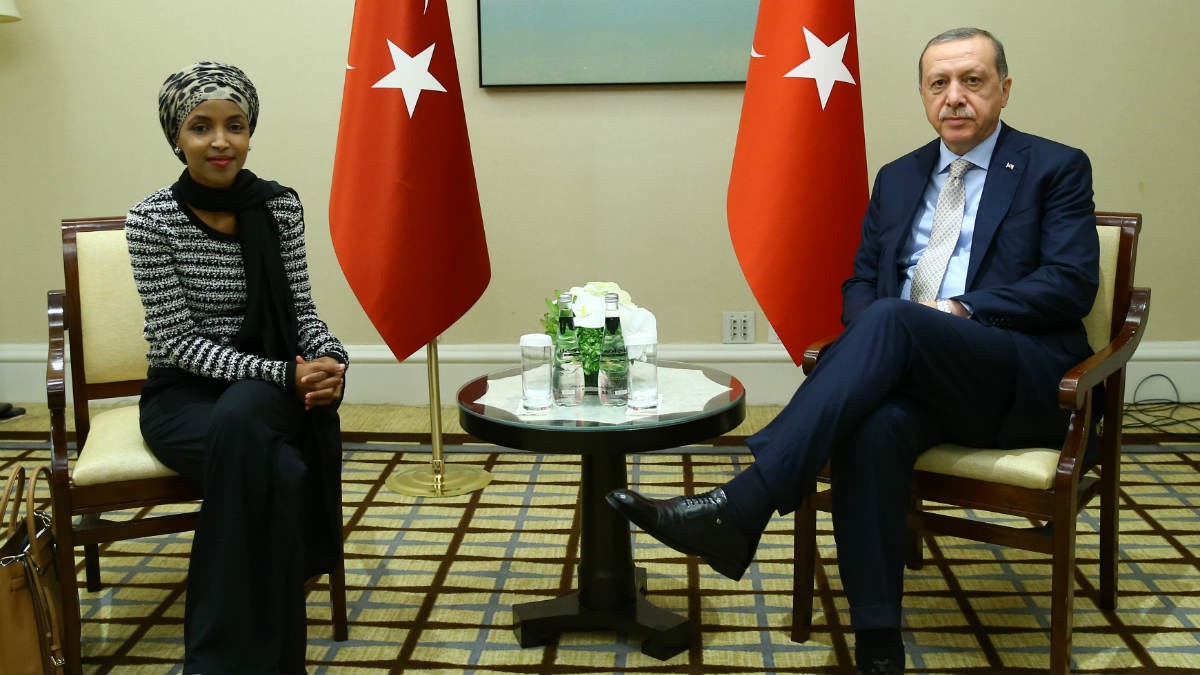 In an historic vote, the United States House of Representatives overwhelmingly voted to recognize the Armenian Genocide perpetrated by Turkey from 1915 to 1923. The resolution was an affirmation of America’s record on the Genocide, going back to the eyewitness account of US Ambassador to the Ottoman Empire during World War I, Henry Morgenthau.

Out of the House’s 435 Members, 405 voted in favor, with only 11 “no” votes. Three Members voted ‘Present,’ effectively abstaining from the vote. Of these three, the surprising outlier was Representative Ilhan Omar (D-MN),the “woke” Member from Minnesota who fashions herself a stalwart of justice.

Representative Omar has not previously shied away from strong language condemning violence against several groups of people including Kurds, Rohingya, Kashmiris, and others.

But in a flaccid explanation of her decision to not support the resolution sent to CNN, she said that “accountability and recognition of genocide should not be used as a cudgel in a political fight.” The full text:

It should be done based on academic consensus outside the push and pull of geopolitics,’ she continued. ‘A true acknowledgement of historical crimes against humanity must include both the heinous genocides of the 20th century, along with earlier mass slaughters like the transatlantic slave trade and Native American genocide, which took the lives of hundreds of millions of indigenous people in this country. For this reason, I voted ‘present’ on final passage of H.Res. 296, the resolution Affirming the United States record on the Armenian Genocide.

This is all the more surprising when you read one of her tweets from July saying “We should never forget violent acts of genocide. We must hold war criminals accountable to prevent these acts to happen again.”

That is precisely what the House Resolution 296 was trying to do: in addition to affirming the US’s own historical record, resolved to revise US policy to recognize and remember the Armenian Genocide, while rejecting efforts to deny any genocide.

Even though she has unilaterally stated that the United States was founded on genocide, Omar coyly deferred the question of the Armenian Genocide, saying “It should be done based on academic consensus outside the push and pull of geopolitics.”

Putting aside that there is hardly a cause she is not ready to champion with the full force of her sanctimony, this excuse is impossibly similar to the tired refrain of the Turkish government every time the question of the Armenian Genocide comes up. President Recep Tayyip Erdogan, whom she met with in 2017 in a closed door meeting, has himself begged that the issue be left to historians.

If only Representative Omar had bothered to do some research, she would know about that academic consensus, in the form of resounding acknowledgment of the unassailable fact of the Armenian Genocide by the International Association of Genocide Scholars. Maybe she can hand off a copy of the “academic consensus” at her next meeting with President Erdogan.

On Sanctimony and Humility, Lessons from Abigail Adams
Review: The Iron Lady

Is Rodrigo Duterte a Canary in the Coalmine?