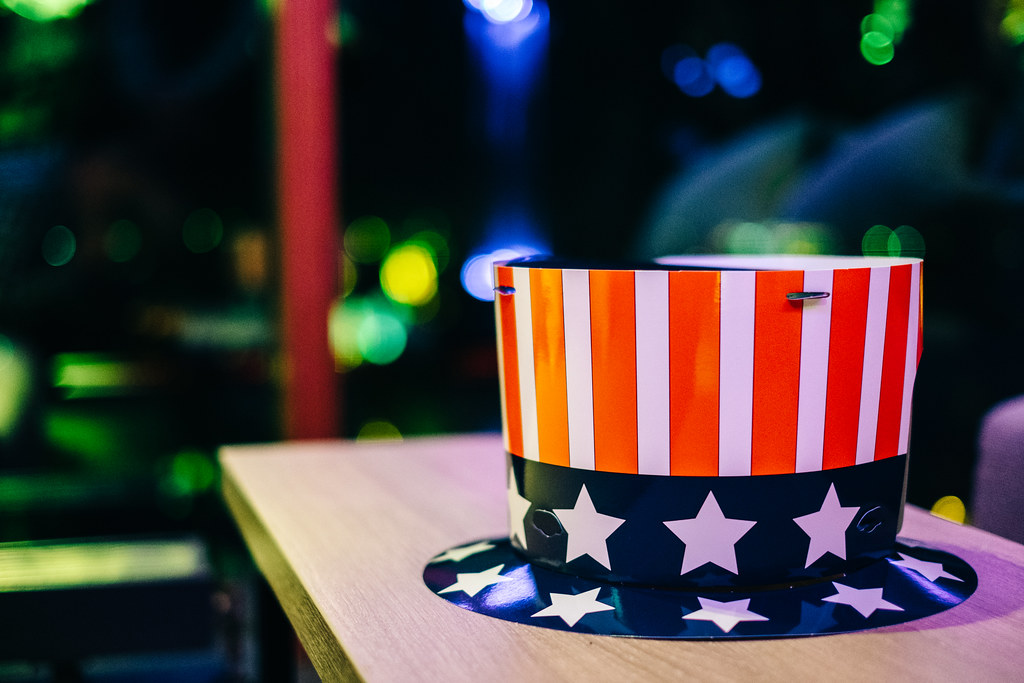 Some thoughts and brief analyses I wrote on Facebook about the US presidential election in 2016.

Popular vote counts in many states where Trump won are close enough that if Rubio supporters were voting for Cruz, the latter would’ve won – or come very close, which is important in states where delegates are split proportionally. If Rubio voters start voting for Cruz in the rest of the primary states, Cruz has a good shot at taking the nomination.

On the other hand, the results in Michigan and Massachusetts make me think that Trump’s chances are better in delegate-heavy states like California and Pennsylvania, which are winner take all, not to mention New York which, though proportional, is also his home state.

There is a reason why many assume Clinton’s nomination is inevitable. Although she’s lost most of the same states that she did against Obama (NH, OK, NE, KS, VT, MN, CO, ME), she has won several significant ones this time that she lost last time: Georgia, Virginia, and the two Carolinas. She effectively split Texas last time with Obama but this time trounced Sanders there 2 to 1.

Even still, if Sanders stays close, the superdelegates can turn the race in his favor. But, this won’t happen.

Critics correctly point out that Clinton had more superdelegate support early on against Obama, too, but the superdelegates eventually put Obama over the top. There were two differences there. First, Obama had a great deal more flair and inspired more excitement than Sanders does, which encouraged not just voters but superdelegates to believe that he could ride the wave to victory in the general, which he did. There is no such feeling with Sanders.

Second, there is greater fear about what awaits in the general election this time. If Obama won the Democratic primary and lost to McCain, you get a relatively moderate war hero and a newly active Democratic voter base but not the guy promising hope. If not ideal, still not bad. But if Sanders gets the nomination, he will be facing off against one of two different liberal nightmares, Trump or Cruz, either of whose election is unfathomable and indigestible to liberals. This might not register for voters, especially ones who hate the idea of a strategic vote for Clinton, but this possibility will matter to the superdelegates who will want to choose the candidate most likely to win against either of the presumptive GOP nominees. That’s Clinton.

Therefore, I hereby declare the Sanders campaign dead. If you’re still feeling the Bern, get that checked out.

It’s looking more and more like superdelegates are going to decide who wins the Democratic nomination. As the delegate count without superdelegates stands, Hillary Clinton would need about 66.3% of the remaining run-of-the-mill delegates to win the nomination (this presumably should amount to 66.3% of the vote in the remaining states but the delegates you win isn’t exactly equal to the proportion of the popular vote). Every single state where Clinton won over 65% of the vote was in the South and she hasn’t fared as well in victories outside the South so it’s unlikely she’s going to win 66.3% of the those boring delegates. So: superdelegates.

If Clinton’s pledged superdelegate count stays where it is, at 469, she’ll only need to win about 37.9% of remaining run-of-the-mill delegates. This is wholly doable since it only requires her to lose in every single state, just not by too much. In reality, she won’t lose in every state and her likely wins in some of the bigger states (NY, CA, and NJ) will offset losses in smaller states.

However you cut it, superdelegates are going to decide who the Democratic nominee for president is.

Note: I would hope this is obvious but this is not an endorsement of any candidate and not a psyops mission to get you to vote for one or the other. Thanks.

The way things look, this election won’t be inspiring many people and there will be relatively low voter turnout in the general. Liberal Democrats have been chasing the dream of a true dyed-in-wool left-winger since Obama’s first campaign and with Bernie out, they’re going to be let down, dejected, and not terribly inclined to vote for Clinton. Republicans are in disarray. Their failure to function as a cohesive party has culminated in a candidate nobody in the party leadership wanted and they are obviously unprepared for the consequences. It’s hard to know who is going to come out to vote for Trump because his support doesn’t depend on a traditional base and there are clearly people who are voting for him who aren’t ready to admit that they are, making it very hard to accurately assess his support.

The question is who will turn out to vote? On the GOP side, the party is obviously tepid on Trump and it needs to decide whether it cares more about winning the White House than hating its party’s candidate. It’s hard to imagine that the GOP would be willing to give up the Oval Office for another 4-8 years, making it a total of 12-16 for anyone counting. But few things have made sense in GOP strategy in recent years and it’s not hard to believe that they won’t get their house in order by the time the general is in full swing. I also wouldn’t discount the idea that the GOP is allowing or even promoting anti-Trump rhetoric as a strategy because it sees that it’s resonating with voters. It also allows it to keep its anti-Trump base while potentially helping Trump, which is a win-win because the party saves face with its base and gets a GOP president without outright supporting him. It would be a wild strategy but Trump being the GOP candidate is crazy so nothing should seem too far-fetched. Trump is clearly the candidate appealing to anti-establishment voters and because of his moderate views on some issues, this can extend beyond the aisle and convince anti-Clinton Democrats and independents to vote for him for nothing more than a radical change from Beltway politicians people are (perennially) tired of.

Clinton has the clear advantage in having a well-oiled campaign machine on her side with people who know the ins and outs of elections. She’ll also have Obama’s machine working for her in some capacity. These together will be a massive force to be reckoned with. Although she beat Bernie fair and square, millions of people turned out for Bernie who might not be as excited to vote for Clinton. The same goes for assuming that she’ll get Obama’s votes in either of his elections: #1 was post-Bush + HOPE + CHANGE and in the second, he was the incumbent + Affordable Care Act + killing Bin Laden. Many of the people who came out for Bernie and for Obama won’t vote for Clinton but they won’t vote for Trump either – they just won’t vote.

I think this will be one of the most exciting US presidential elections in recent history because the outcome is so hard to predict. The closest recent example would be Bush-Gore. Like in that race, Florida will be key to victory. I think some races considered toss-ups aren’t: MN (D), MI (D), PA (D), VA (D). Trump’s campaign will rest upon winning Florida, Ohio, Wisconsin, and Nevada. If Trump also wins Iowa or Virginia (latter more unlikely as VA’s governor is the silver-tongued stalwart Clintonite and former DNC chair Terry McAuliffe), he’ll lock up the election. Otherwise, there is a strong likelihood that there will be an electoral vote tie in which case, ladies and gentlemen, the House of Representatives will choose the next president of the United States. Exciting indeed. Get your popcorn.