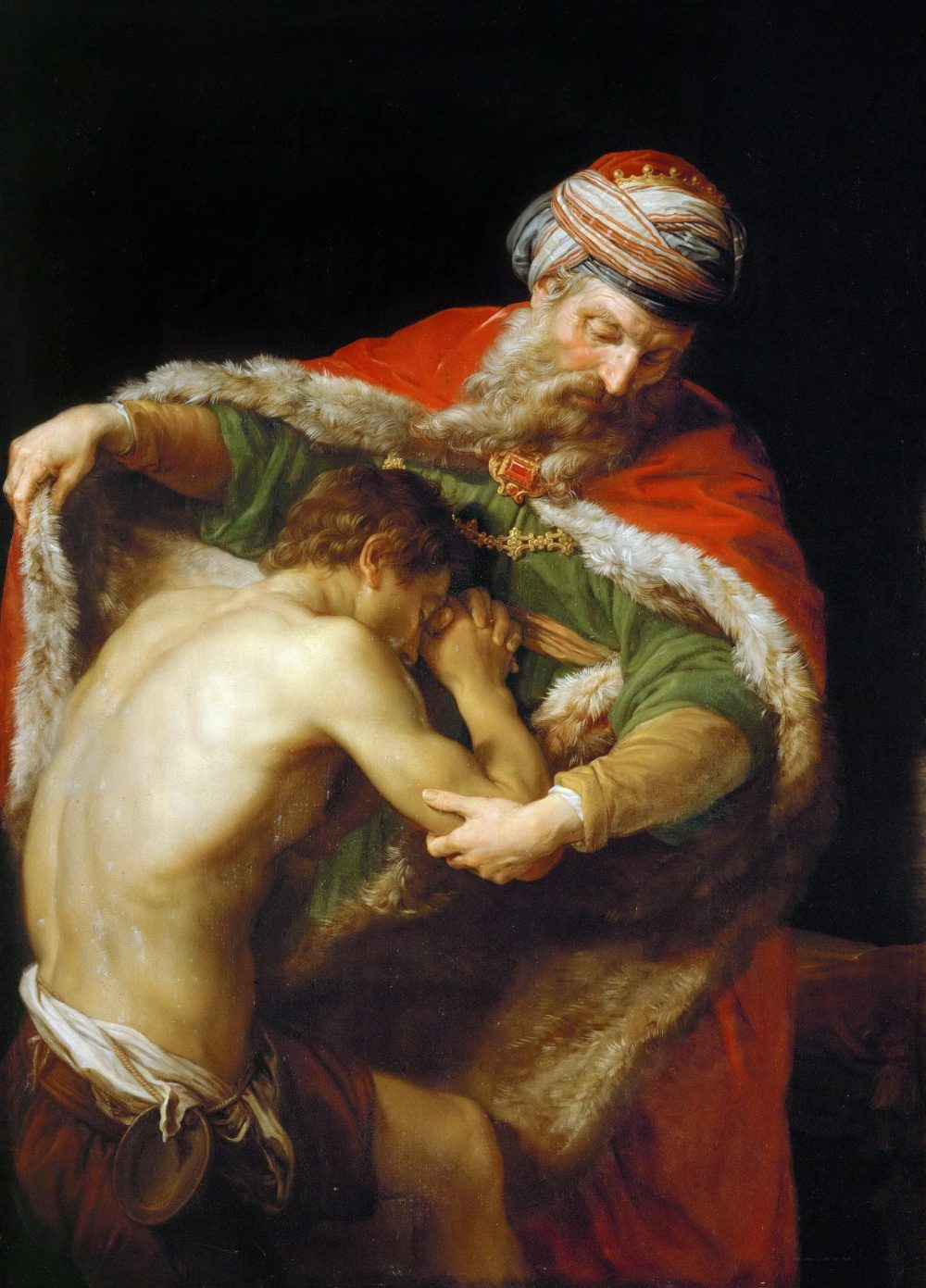 When wealthy Romans died, those surviving them would display wax masks of their faces in their homes, often in prominent locations like the home’s atrium, where it was plainly visible to visitors. It was not uncommon to pray to ancestors and, along with Roman gods, ask for their favor. To take pride in ancestors, to remember them, and to place them in the Roman Pantheon indicated a profound respect for an ancestor’s contributions to one’s present status.

Roman ancestor worship was eventually replaced by its companion in Christian filial devotion, as enshrined in the Bible through exhortations to respect one’s father and mother. Thus, the custom of respecting one’s elders continued unabated in the west for millennia.

By partaking of relationships founded upon family, religion, and culture, you were exchanging deference as a youth for the invaluable currency of wisdom accreted through the ages that would give you an advantage in leading a fruitful life. Doing this intimated that you alone were insufficient for getting through life successfully — and there was nothing shameful in this. To dismiss the wisdom of elders would be hubristic stupidity by ignorant youth.

But talk about filial piety, ancestral wisdom, or ancient ethics today and befuddled looks will greet you.

What business does a youth growing up in this age have respecting his elders, much less remembering the ones who are dead? With breakneck changes that make quotidian life incomprehensible to someone without a screen semi-permanently attached to their face, the information that shapes the lives of modern youth is undeniably different than anything their elders know.

Add to this jarring chasm the zealous individualism of modernity and a parent’s role today – much less a non-parental elder’s – is to daintily usher a child to the age of cognition, at which point the child will be released into the seas of society, which he will largely navigate himself. In this detached form of child rearing, the child never sees a reason to respect his elders because he feels that he has charted his own course and if he’s done that much, he can do anything else. The bounds of family, religion, and tradition become superfluous anachronisms that only serve to limit his creativity and independence.

The next and current step of the devolution is the burgeoning belief that children know better than their adult caretakers (previously known as parents): children now decide what to eat, where to go, what to buy, and how to live their lives. Radical youth worship means you now have children, with their caretakers’ complicity, deciding to have a sex change before they hit their teens, participating in social justice crusades, and being Greta Thunberg.

This sort of self-immolation previously contended with a finely designed internal sprinkler system called the impostor syndrome. Its primary function was preventing armies of bloviating tenderfoots from making fools of themselves. The impostor syndrome was a check on the laughable assertion that someone who just graduated from being a suckling might have any claim on the knowledge or wisdom necessary to express themselves with any degree of confidence on a subject they almost certainly knew little about.

That’s why when a smug Millennial is convinced the world needs him and his “unique brand” of something no one actually needs, the impostor syndrome dependably goes on red alert, insisting that humility prevail over vanity.

Enter the search-engine-cum-psychotherapeutic-tool known as Google. Here, an impostor only need ask whether he is indeed an impostor to receive endless assurances that he is not, that his constant feelings of being a fraud and a charlatan are unfounded. With the last line of defense neutralized, youth now not only ignore the wisdom of elders, they roundly deride it with stupefying pomp, as seen with the recently popular quip, “OK, Boomer.”

An important component in the continuing degradation is the boundless cheap, irresponsible, but SEO-friendly journalism that happily affirms destructive falsehoods in exchange for revenue-generating clicks. The Internet and the struggle for survival of its infinite platforms in trying to appeal to its primary users – youth – has led to a preponderance of informational garbage that, in a happy marriage with modernity’s prevailing moral relativism, is ready to offer not the right answer but every answer. The wider the audience, the bigger the market, the higher the revenue.

The millions of hours spent by philosophers across time and space and the knowledge accumulated through practice over thousands of years today competes with starving pseudo-journalists aching for a byline ready to affirm any youthful urge that will result in clicks that will get them their next gig. Thus does the online Millennial Affirmation Industry flood the information abyss with assurances tailor-made to appease and assuage the narcissism of youth convinced of their righteousness.

These youth, asking questions to the online ether, will find that while some of the answers confirm what they wish were true, some will be contradictory. So while they gain temporary solace in the confirmation they get, they do not gain the wisdom that will help them through life.

The chaos of information consumption on the Internet had its effect on this new paradigm but nothing has been as detrimental to the belief that the youth are know-nothings as the access of youth to the very means of production of the information they consume.

With the power to create information that is indulged in by thousands and, in the rarer but more disastrous cases, millions, youth have become drunk with the power of attention. “Influencers” whose opinions are liked, shared, and believed by masses so numerous it would have been unimaginable to people of any prior era have turned a whole generation and its successors into legions of false prophets, where only few used to have the audacity to exist. Today any mountebank with a camera can become an instapundit on everything from politics to culture to philosophy.

It’s a match made in hell: abandoned, aimless, and tempestuous youth looking for and finding answers from those among them who are no more wise but who have a camera or the audacity to make an explainer video. Not long ago, one might have described this as the blind leading the blind.

Through a combination of technological progress and economic necessity, a monumental cultural shift has taken place from the understandable jettisoning of youth opinion as insubstantial musing to its thrusting onto the altar of exaltation and worship. This must stop.

Youth must be told when they are being immature, weak, or stupid when they are; it is what will make them mature, strong, and smart as they grow. They deserve equanimous adults who will be unmoved by their tempestuous appeals for this or that. And they must learn that adults are not their friends but people to be respected and, in the best cases, revered.

The culture of limitless affirmation, where almost any act is justified, has had ill effects on the mental and physical health of the society and the individual. The inevitable feeling of chicanery that a person who doesn’t fully comprehend the depths of what they are discussing used to dispose of weak-willed pontificators while forcing the truly committed to refine their knowledge to achieve mastery. That’s how we got real experts and intellectuals whose words we could listen to and believe without reservation.

So, perhaps we don’t need to bring back death masks but we could do worse than to teach our youth ancient wisdom; YouTube videos by Boomers would be a good start. And, for humanity’s sake, let us bring back the impostor syndrome.

William Bairamian is a writer on politics and culture. You can follow him at @Bairamian.

The Marvels of Artisans
Gutless Conservatism

In Defense of (Almost) Exclusively Reading the Classics