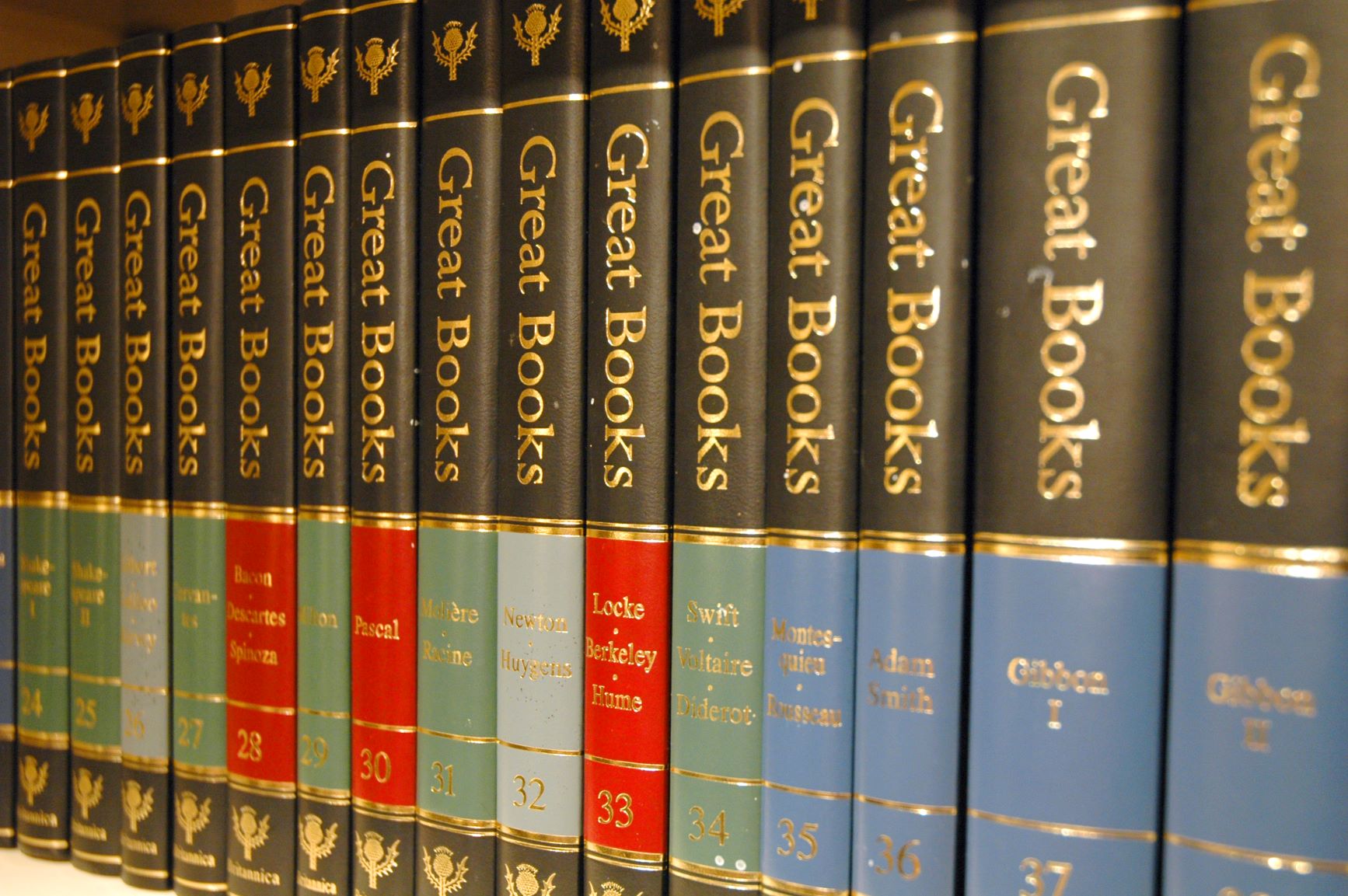 “To-day we have climbed to heights where we would open at least the outer courts of knowledge to all, display its treasures to many, and select the few to whom its mystery of Truth is revealed, not wholly by birth or the accidents of the stock market, but at least in part according to deftness and aim, talent and character.”

On a recent trip to my neighborhood library, a relatively small affair, I walked through the stacks, as I do, just browsing. I was astounded by the number of choices. What was more astounding was that the majority of books seemed to be some variation of self-help, life improvement, or of the grocery store checkout aisle variety. “The classics” occupy two small bookshelves toward the back. Herodotus, Augustine, Dostoyevsky, Tolstoy, Huxley, Orwell side-by-side and some other classics – Shakespeare, Poe, Eliot – sprinkled throughout the other stacks according to a system I can’t claim to understand.

Today, reading seems to be an end in itself. From a young age, we are exhorted to read in what is surely a residual idea that forgot its original reasoning, much like going to the library, as if these acts alone suffice to accomplish the end: attaining knowledge and wisdom. In fact, as I walked through the children’s section, equal in size to the adult section, a mother had brought her two kids to the library and, while she used her smartphone, they quietly sat nearby, surrounded by thousands of books, playing on the library computers.

When reading was a luxury to most, learning to read signaled access to knowledge and wisdom as contained chiefly in the Bible and ancient Greek and Roman texts. Great thinkers, from Plato onward, have written about the importance of the quality of the material, not just the act. Indeed, when W.E.B. Du Bois wrote The Souls of Black Folk, a paean to education as much as anything, he surely did not mean that racial discrimination in the South would be eliminated by making people literate and then giving them Danielle Steele books to read.

As literacy was adopted as a goal for governments and community organizations, the message about why literacy was important in the first place seems to have gotten lost: everyone remembers that it’s important to read but they’ve forgotten why.

Sure, even in the past there were pamphlets, newspapers, and other cheap reading material but in an era where radio shows, movies, or CNN weren’t yet available, these were largely seen as entertainment, not as the main object of applying reading skills.

How is a modern text to compete with the vast stores of wisdom contained in the Bible, thousands of years of thought compressed into one volume? How many modern thinkers can manage the singular focus required – and have the time – to produce the works of Aristotle, Hume, or Nietzsche? The answer is not “none,” but it is not “many,” either. If all philosophy is but a footnote to Plato, is not all literature but a footnote to Shakespeare? Perhaps not, but you get the point.

Reading modern works, one gets the idea that this reality is often evident to the authors: their writings are legitimated with corroborations from the past. If it’s not – or they’re unwilling to admit it – a reading of classical works evinces as much.

In the limited time we have in our lives, the already little time we dedicate to reading should be spent reading and understanding the works that we are fortunate to have access to, those that give us access to the knowledge and wisdom of the ages.

However, by limiting oneself to just the classics, one might miss out on terrific new writing and ideas. Therefore, I propose applying the Pareto Principle to what one reads: 80% of the books should be classics and 20% of reading material can be everything else, including my writing, newer books that may or may not be future classics, as well as cheap entertainment like newspapers, magazines, and Twitter.