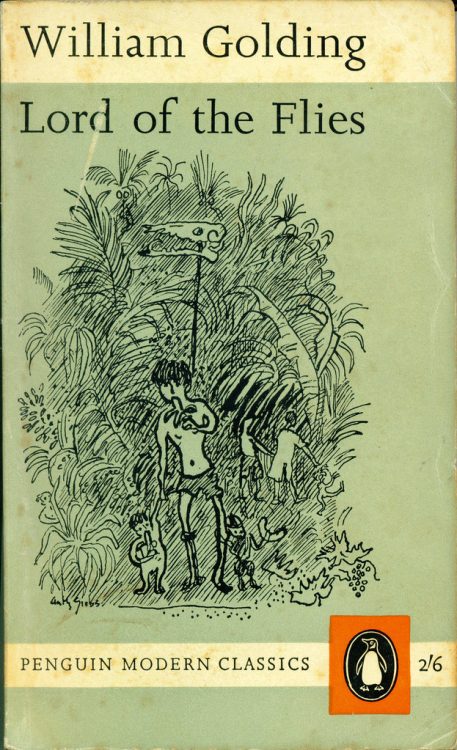 It is no groundbreaking revelation that Lord of the Flies has stayed in our consciousness not because it is required reading in high school, but because it raises abiding questions about human nature. I think it’s worth considering these questions again, in a world very different than the one in which William Golding wrote his harrowing story.

Nature implies essence. That is, if you were to strip away all dressing, the nature of a thing, its essence, would be what remains. Golding could have hardly done a better job of writing a story around Thomas Hobbes’s famous description of the human condition as being “solitary, poor, nasty, brutish, and short.” Simon, Piggy, and the Beast would agree, if they could.

Literature is a product of its time, as is any art, and just as Hobbes was influenced, if not inspired, by the horrors he witnessed during the English Civil War, Golding was eyewitness to the greatest and most destructive war the world has ever known. It is from this stupendous bloodletting that his dismal view of human nature emerges and it is in this context that his magnum opus becomes an allegory of  how this nature is reflected in relations not just among individuals but between nations.

The young men stranded on the island were the progeny of the illustrious British Empire, the well of civilization in its time, whence the accoutrements of its refinement – education, literature, cutlery – were spread the world over. Consciousness of this pretension is lucidly displayed by the power-hungry leader of the choir, Jack Merridew:

I agree with Ralph. We’ve got to have rules and obey them. After all, we’re not savages. We’re English; and the English are best at everything. So we’ve got to do the right things.

These youths were raised on the heels of industrial revolution and in fantastic wealth, in an era wholly subsumed by the excitement of science, with its magnificent discoveries and inventions. It is on this canvas that Golding paints the picture of their devolution and makes a conspicuous assertion about the capability of debasement of individuals and societies, however unlikely their advancement might make that seem. If the wars throughout the Enlightenment were not enough proof, the two world wars that followed periods of ferocious progress must have hit Golding like a bag of bricks, which in those years may have happened literally as well as figuratively.

Golding extends this theme of cultivation failing as an antidote to barbarism in ascribing the fate of savagery to those of which it might be least expected: the choir boys, led by the proudly English Merridew.

These choristers, not mere proletarian British, evocative of Victorian propriety and good manners, uniformed, disciplined, and ready to fall into line and symphonically belt out canticles shed their polished carapace to become depraved murderers, trading their choral discipline for unquestioned submission to orders from their charismatic but fearsome leader. Not a far cry from the inheritors of the veneer wrought by Goethe, Kant, and Leibniz who Golding watched become obedient executioners.

As the boys form cliques, disorder wracks the initial tribe and it splinters. The more savage tribe inanely sets the island ablaze in an effort to kill Ralph, the leader of the other tribe. Ralph repeatedly wishes to be saved by adults, the projection of our secret, subconscious yearning for order amid the chaos.

Order arrives on the shores of the island just in time. Leviathan, in the form of a sailor, saves the boys-cum-savages from their impending self-destruction, just as the United States arrived on the shores of Europe as it was burning to the ground. The Americans must have also wondered, like the epauletted sailor, how their brethren, in all their urbanity, arrived at such depravity.

Over 60 years old, it is hard to imagine this masterwork of historical allegory being relevant today. The western world has no tangible horror like a vicious war to spark a debate about, or unrelentingly evince, our most primitive tendencies. Our interaction with war, a mainstay of human relations for the length of our history, has been stymied by a new type of war. Wars like those in Afghanistan, Iraq, and the War on Terror are fought furtively, in kicks and starts, without battalions and without the monumental losses and eventual victories of battles that formed the peaks and valleys from which the fighting was perceived in the past. This disperses our view of war and the depravity is spread in bits across time, barely holding the attention of anyone who is not directly concerned.

But our nature conspires to remind us of its essence in other ways. With the fading of traditional war came the Internet and, with it, the proliferation of online communication. We spent some time exploring this uninhabited island and the many fruits it offered. We developed upon it ingenious new mechanisms and have continued to use it to push the very boundaries of our scientific understanding.

Despite great advances, our nature manifested itself in this new environment but in the oldest of ways. We created tribes, bigger and more powerful than ever before and, before long, we began to fight, viciously, not with arms but with their predecessors: words. We continue to entice or shame or force adherence to our ways. We set fire to our capacious island while we chant our tribal chants. Kill the beast, spill his blood.

This is no lament; this is our way. And for the skeptics: if the online commentators of today were to find themselves on a deserted island with their antagonists, is it hard to imagine that absent a mitigating force the veneer of cultivation would soon fade into murderous savagery? Surely it is not, you say – when you think of the other side.