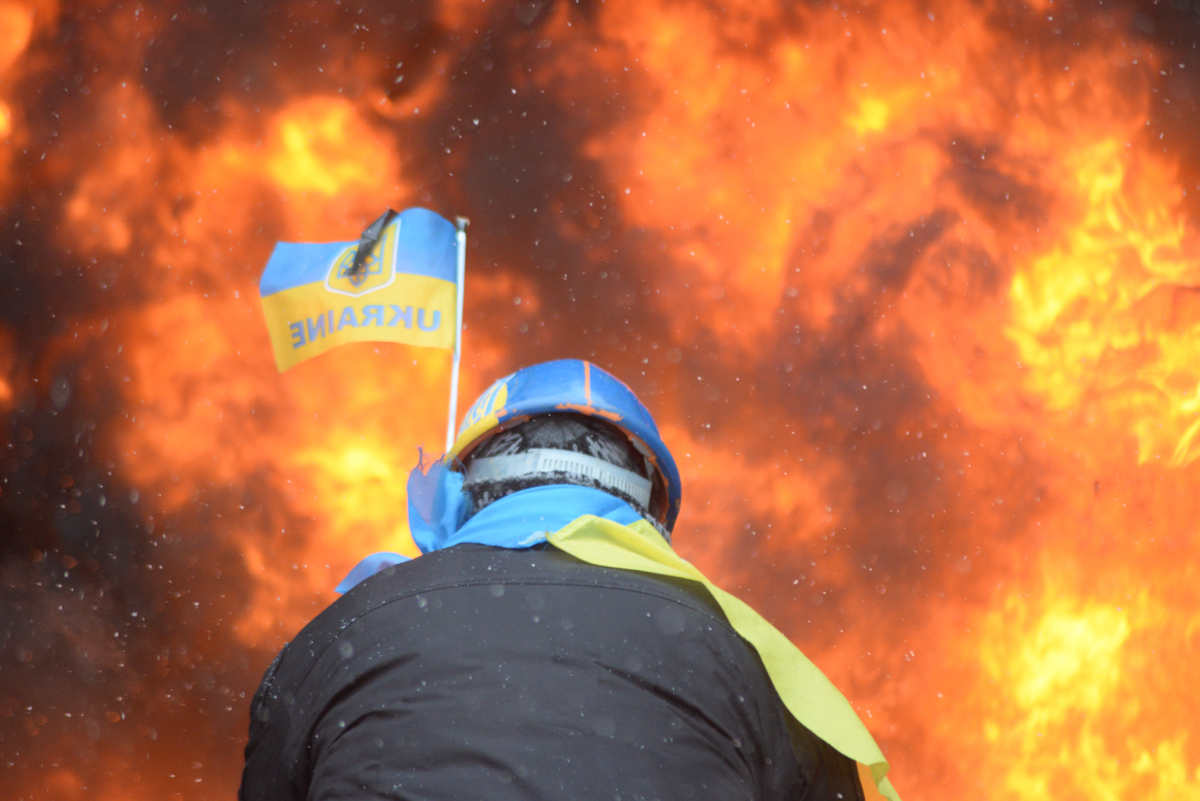 A social movement can look like and be called many things. Whatever their appearance or name, the goal of all social movements is presumably the same: a change for the better. If this is indeed the ultimate objective of a social movement, it is well worth considering how successfully a movement achieves that objective.

In the past ten years, several social movements have grabbed the world’s attention for the change they promised. Deemed successful for achieving their goal of change, though not necessarily change for the better, further evaluations have been sparsely performed. However, in judging social movements, what happens afterward can often be as important in evaluating success or failure.

The social movements discussed here – the Rose Revolution of Georgia, the Orange Revolution of Ukraine, and the Arab Spring in Egypt and Libya – are popular and well-known reference points in the past decade and that is why they were chosen. They also straddle a spectrum that includes nonviolent protest (Georgia and Ukraine) to violent revolution (Libya) and that in-between (Egypt).

There is no question that these movements achieved some success, if only brief or superficial. The question, rather, is whether they secured change for the better, as promised, and as determined by what followed.

First in the course of social movements in the past decade was Georgia. The country had a similar experience with its post-independence government as many of its Soviet-era cohorts like Belarus, Azerbaijan, Ukraine, and the Central Asian states.

Strongmen more familiar with politburo than parliament took the reins of countries in disarray, less interested in attending to the people than looking out for themselves and doing the bidding of outside influences – Moscow, in the Soviet case – as they well knew how. In Georgia, that strongman was Eduard Shevardnadze.

In 2003, Shevardnadze, a Soviet leftover, was forced from office during a pro-West and anti-Russia movement called the Rose Revolution. The country welcomed Mikheil Saakashvili, a Western-educated and backed lawyer who promised much in the way of removing the country from the Russian yoke and setting it on a path toward European integration and economic development.

About one year later, the Orange Revolution in Ukraine promised similar changes t0 the Russia-oriented government of the former Soviet republic.

When Viktor Yanukovych, the candidate backed by another Soviet leftover, incumbent Leonid Kuchma, ran for president in 2004, he was challenged by Viktor Yuschenko. Allegations of rampant voter fraud led to a political tug-of-war, called the Orange Revolution, which ended in the courts awarding the presidency to Yuschenko, the pro-Europe, anti-Russia candidate. The court’s decision was hailed as a progressive victory.

Georgia was indeed successful in implementing some reforms and setting its sights on Europe, although the latter may have made for better external publicity than internal stability.

Four short years after the euphoria of Saakashvili’s victory, Georgia saw a familiarly brutal crackdown on the opposition by the Caucasian darling of democracy, complete with curtailment of free press, tear gas, beatings, raids, and water cannons. Furthermore, despite promises of policies more inclusive of Georgia’s several ethnic minorities, little changed, including the lot of the country’s severely discriminated-against Armenian population in Javakhk.

The coup de grace of Saakashvili’s poor governing was the decision to attack his own citizens in South Ossetia, antagonizing Russia and consequently procuring a loss of Georgian territory.

Ultimately, widespread discontent with Saakashvili resulted in Bidzina Ivanshvili, a billionaire opposition candidate, winning the premiership. This was followed by the recent victory of the presidential candidate supported by Ivanshvili, Giorgi Margvelashvili.

In Ukraine, Yanukovych, the man on the losing end of the Orange Revolution, became prime minister in 2006 and has been president of Ukraine since 2010 amid infighting and power struggles in the “Orange” opposition. His opponent during the Revolution, Yuschenko, got 5.45% of the vote in the 2010 presidential election and Yuschenko’s Our Ukraine party got 1.11% in the 2012 parliamentary elections. Yulia Tymoshenko, one of the leaders of the revolution, has since been convicted of abuse of power and embezzlement and sentenced to seven years in prison.

Although the victory of an opposition candidate does not necessarily translate into the failure of a social movement – and, indeed, might prove its success – it begs the question of whether the people for, and with, whom the movement was taking place believe the resultant change was for the better. In the case of Georgia and Ukraine, the answer points toward an unambiguous no.

More recently, another wave of revolutions struck, this time across the Middle East. Collectively called the Arab Spring, the ostensible objectives in each country varied, ranging from regime change to political and economic reforms. Egypt and Libya, two heavyweights in the Arab world, fundamentally changed as a result of mass protests in the former and armed revolt in the latter.

Egypt, the crown jewel of the Arab Spring because of the country’s size and central role in the Arab world, deposed its resident authoritarian, Hosni Mubarak, and held an election where Mohammed Morsi of the Muslim Brotherhood was chosen as the country’s president. There was jubilation but it was short-lived.

Shortly after Morsi tried to implement constitutional reforms, the military conducted a coup d’etat, Morsi was removed, and military rule was instituted. The revolution that was supposed to usher a new era of Egyptian politics became a mockery.

To the west, Libya, led by the eccentric Muammar Gaddafi, fell to groups of ragtag rebels aided by NATO bombings chose force as the primary agent of change. The rebels fought Gaddafi into submission, eventually capturing and killing him.

Now apparently forgotten when it comes to post-revolution analysis, Libya, unable to form a sustainable government for going on three years, is flirting with the ignominy of becoming a failed state. The glee-ridden removal from power, and execution, of Gaddafi & Co. has not guaranteed a better state of affairs.

Social movements, whether revolutions or otherwise, are often thought of as a panacea for societal ills. For precisely that reason, a distinction must be drawn between social movement as feel-good exercise where change is the solely discernible goal and social movement as vehicle, meant to put society on the right trajectory. Frankly, they cannot be an end unto themselves.

Many social movements have been successful but what differentiates them from the failures?

Simply put, the most successful social movements, the agreeability of their goals notwithstanding, have been based on principles that were clearly outlined in speech or writing in the time before society was moved, as it were, toward action. Thereafter, those principles guided the post-movement leaders.

In what might be the only instance where a similarity between them can be noted, the commonality of guiding principles was integral to the initial success and long-term sustainability of the American and French revolutions; the socialist-communist revolutions of Russia, China, Cuba, parts of Central and South America, and southeast Asia; and, the Islamic jihad movement.

Successful social movements continue beyond the streets to become a part of the target society’s fabric and collective mindset. Their ideas become ingrained in the belief systems of the people: American society largely believes in the principles outlined in the texts that readied the people for the Revolution; socialism and communism created vehement believers of those philosophies, some who exist until today; jihadists believe in the righteousness of the terror they wreak upon their enemies.

In contrast, too easily do some social movements devolve into power struggles where one bad system is exchanged for another, where the inheritors of the movement’s spoils seem more concerned with the guise of revolution than adopting a new value system.

Each of the four examples above included revolutionary successors of the deposed who purported support of democracy and change but acted with a disdain for those who disagreed with them, much like the people they replaced. With society unable to believe that their new leaders had their general wellbeing in mind, the goodwill granted the new leaders upon their arrival was irreversibly corrupted.

The greatest social movements begin not on streets but in minds. They may end in public gatherings or violence but they can only be successful with leaders devoted to ideas in which the people can trust – and that they do trust. That is what carries them beyond chants and marches to meaningful and sustainable change.

If any more poignant example is needed, it can be found in modern Armenian history: long before a bullet was fired to liberate Artsakh, a social movement led by intellectuals prepared the groundwork through the proliferation of ideas for what evolved into a victorious fight for liberty.

Plato’s Beast
Book Review: There Was and There Was Not